The day after one of the longest and toughest election nights ever, my eldest went to school in Sarasota, Florida, to find that every other kid was wearing a Trump T-shirt. I told her to lay low and not talk politics. As white-skinned Hispanics, we can blend in and not raise an eyebrow unless we speak Spanish. The city where I live is liberal and the county is conservative. The public schools my kids attend are diverse and do include Latinos and people of color, but the diversity is not as notable as in South Florida. 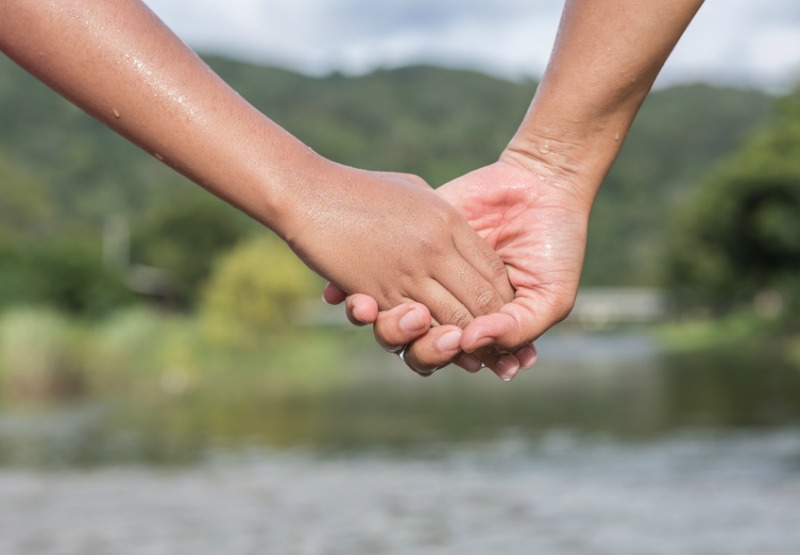 In the wake of Trump´s election, I have told my kids to be proud of who they are and what they stand for. I´ve told them that I will fight for equal rights and that it is not ok to be racist, misogynistic, a bigot, and that if they witness any kind of unfair treatment, to please report it to teachers, or to me. And yet I know that things would be way more worrisome for us if our skin color were darker.

A mom in Naples, Florida, Collier County, Karynn Cavero, office administrator, hails from Peru. As a brown-skinned mom she is scared for herself and for her son. “Living in Collier County it is now so difficult to not feel you have to constantly watch your back if you are part of any minority,” she shared with me.

Paula Bendfeldt-Diaz, lives in Cape Coral, Florida. She is originally from Guatemala, where she was an architect. In the U.S. she is a senior manager at a shopper marketing company. She is from Guatemala and has been living in the U.S. for 8 years. As the mother of two children, Paula was deeply despaired when the results of the election were called. But she realized she had to be calm for her children.

“I told them that sexism, racism, xenophobia and bigotry are wrong no matter who is president. I told them we will continue to support and do what we can to let everyone know that we all have the same value no matter what our race, beliefs, religion, sexual orientation, nationality, exceptionality, disability or political inclination,” she said. 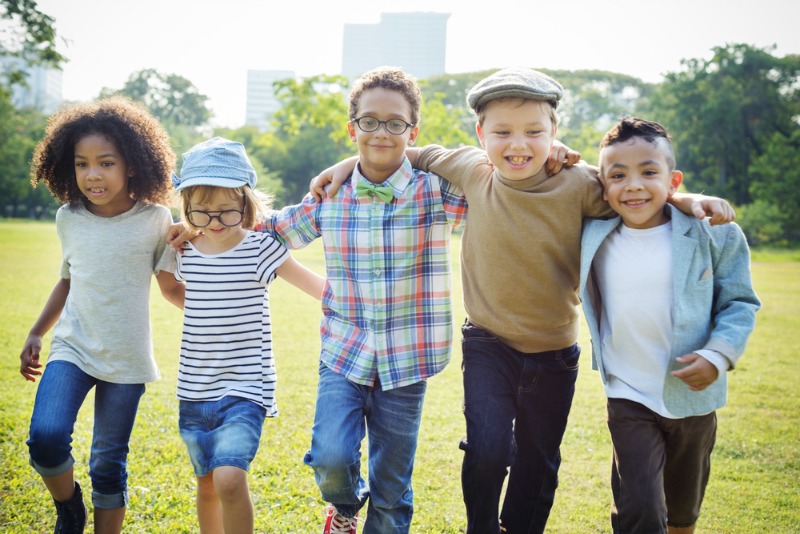 She also spoke of her fears: “I am in a state of constant alert now and in search of possible dangers. I fear that my children will be targeted because of their ethnicity, because of their beliefs (we are agnostic) or because of my daughter’s autism. I fear that the president elect has empowered haters and racists and has sent out a message that immigrants are to blame for many of the country’s problems and we are already seeing an increase in acts of hate and bullying against Latinos.”

In Miami, the city with the largest Latino population in Florida, another mom of two also worries. Jeannette Kaplun is CEO of  Hispana Global, born in El Paso, Texas, to Chilean parents. “The divisiveness and aggressiveness has affected them. I can’t lie and say that I am not concerned about how empowered and justified extremists feel right now; it’s as if hate speech is mistaken for freedom of speech,” she said.

“I am trying to lead by example and transmit to my kids the importance of respecting the results of the election because we live in a democracy. It’s been difficult to answer their questions, but I have tried to be as honest yet reassuring as possible. I also follow their lead. I have allowed them to express whatever they want or need to feel, so at least they have a safe space to be themselves at home. I think the best approach is to address their worries and try to calm them so they are not fearful for our country.” 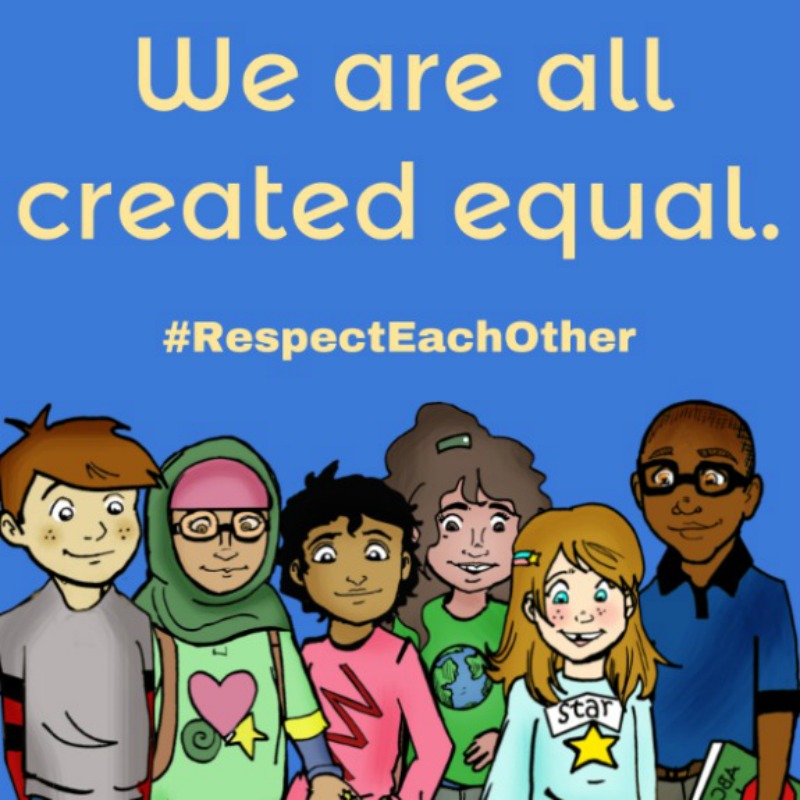 #RespectEachOther: A FREE Download for Parents & Teachers
Immediately after the election, Mónica Olivera of MommyMaestra.com began receiving messages from parents who were worried about the future and the safety of their children. She did the best she could to reassure them, and tried to give them advice for preparing their children to deal with bullies.

But she knew it wasn’t enough.

The people who are on the frontlines of stopping racism and bullying are parents and teachers. We are the one who are teaching our children right from wrong, love from fear, and kindness from cruelty. This packet includes: 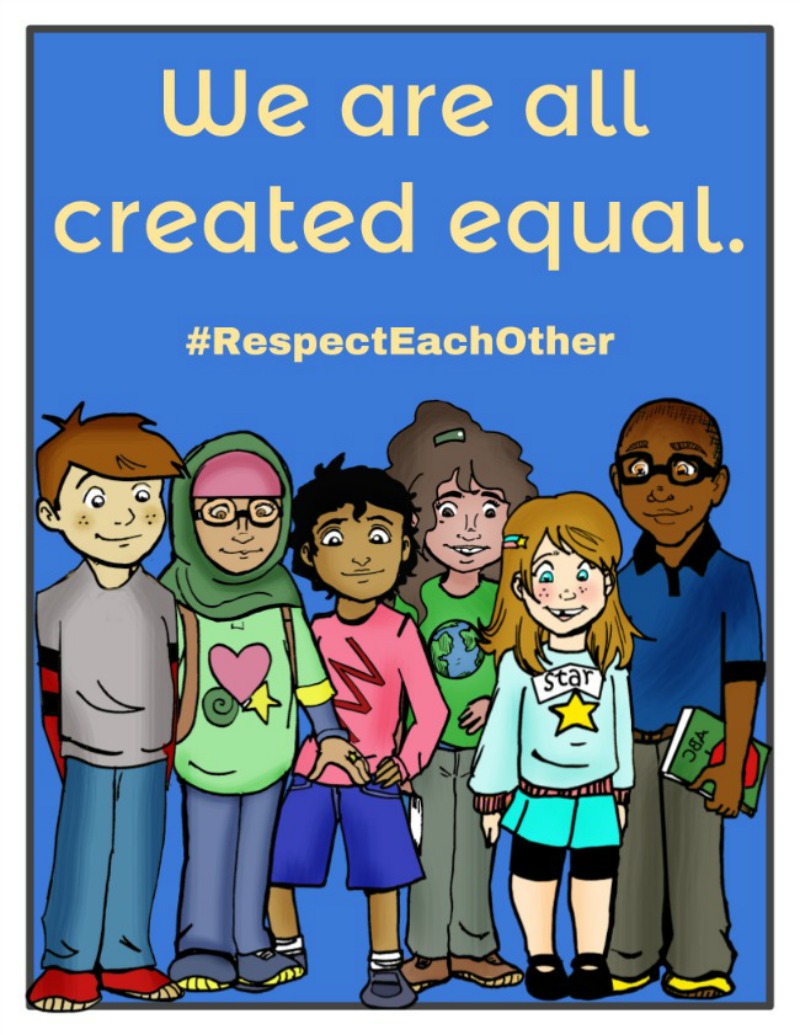 This packet is free to download and you may share it with everyone you know. If you are a blogger or have your own website, you can use one of the images above to post on your site and use the following link to direct visitors to the downloadable packet: http://bit.ly/2gju6MR